Dragon Ladies and Girls Next Door

Images of Women in the Vietnam War

Heathur Stur discusses the ways women were portrayed and understood during the Vietnam War. 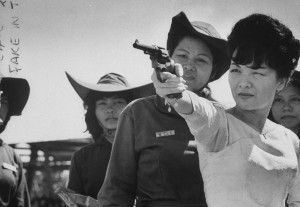 Early on in my research for Beyond Combat: Women and Gender in the Vietnam War Era, I stumbled upon a photograph in the October 26, 1962 issue of Life that both stopped me in my tracks and started the thought process that would eventually formulate the core argument of the book.  It was a picture of Madame Ngo Dinh Nhu, the sister-in-law of Ngo Dinh Diem, who at that time was the president of South Vietnam and America’s ally.  The photo captured the ways in which U.S. policymakers talked about Vietnam—the dragon lady, a dangerous yet alluring feminized nation that needed the United States to keep it in check and guide it to democracy.  Madame Nhu thus became my starting point.  If she, cast as a dragon lady, symbolized Vietnam in the minds of American political and military leaders, what images represented other aspects of the U.S. relationship with Vietnam?  How did Americans view themselves and the U.S. mission in the world?  As American diplomatic endeavors gave way to war, what images informed the opinions of U.S. troops about the conflict?  What could these images tell us about the Vietnam War, an event which in many ways remains unresolved in American culture?

I soon discovered that the dragon lady image was pervasive, showing up not only in policymakers’ conversations but in soldier folklore as well.  I found images such as this image in comic books and collections of humor aimed at and produced by servicemen.  The hypersexualized Vietnamese woman symbolized both the political danger of U.S. intervention and the personal hazards individual GIs potentially faced when buying the services of a prostitute.  GI myths about dangerous prostitutes warned of numerous risks, from venereal diseases to broken glass strategically placed in a woman’s vagina in order to maim an unsuspecting customer.  In extreme cases, these images and legends had the unfortunate consequence of justifying violence against Vietnamese women by American troops. 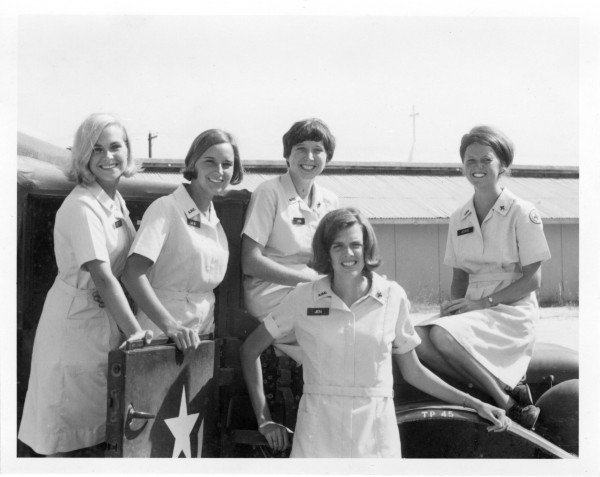 If, in the culture of the Vietnam War, Vietnamese women represented all that was both tempting and risky about Vietnam, American women symbolized what the U.S. was fighting for.  Embodied in the image of the “girl next door”—white, middle class, and pure—was the way of life the United States had committed itself to defending against communism and a host of associated fears, including homosexuality, racial strife, the collapse of the nuclear family, and the disintegration of capitalist prosperity.  The women who most directly fit the girl next door persona were members of the Red Cross Supplemental Recreational Activities Overseas (SRAO) program, which sent young, single college graduates to Vietnam for one-year tours as morale boosters for U.S. combat troops.  Training materials instructed SRAO volunteers to present themselves as reminders of girlfriends, wives, and sisters waiting back home.  As one SRAO member put it, they were to be “nonsexual symbols of purity and goodness.”  In reality, however, SRAO women often found the war zone thick with sexual tension, and some GIs viewed them as teases rather than morale boosters.  Taken together, the images of the dragon lady and the girl next door illustrate the centrality of ideas about women and gender to the culture of the Vietnam War.

About the Author: Heather Stur

Heather Stur is the author of Beyond Combat: Women and Gender in the Vietnam War Era (2011). She is an assistant professor of history at the University of Southern Mississippi. Dr. Stur has won fellowships from the Society for Hi...