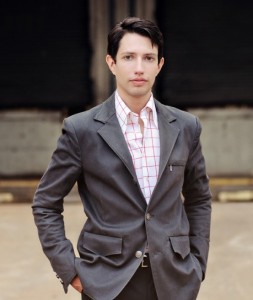 Shannon Gilreath responds to the recent passage of marriage equality in New York.

I believe whole-heartedly that Gays in New York and elsewhere who choose state-regulated coupling deserve and are constitutionally entitled to all of the same rights as heterosexuals in state-regulated relationships.  In that sense, what happened in New York, the result of tireless efforts by many, is a victory.  And yet I cannot bring myself to celebrate it.  I think it is something of a Chimera, the most recent manifestation of the fantasy gripping the modern “gay rights” movement: that to be like straight people, even when we are in avowed Gay relationships, is the answer to all of our problems.  If we could only be like straight people—look like them, behave like them, love like them—then, so the fantasy goes, we would be valuable.  Perhaps even they might value us.

The debate about the good or ill of marriage for Gay people has been going on for some time. The significance of Radical critique now, in the second decade of the twenty-first century, arises from the near-total capture of the debate by a “gay rights” movement that defines progress in terms of individual exceptionality and – increasingly it seems – overlooks anyone unable or unwilling to assimilate on straight people’s terms. In contemporary gay rights parlance, “equivalence” – in the sense of equivalent access to pre-existing heteronormative institutions – is the same thing as “equality.”  They are, however, not the same thing.  Equivalence is formalism only, while equality is about who gets to make the rules—who gets to define what the good is.

Formal equality transfigures marriage, the institution, into the gateway to ontic happiness and freedom. I find this paradoxical, considering that the history of Gay identity is one of state institutionalization as a means to essentialize and ultimately erase us, first in the prison, then in the psychiatric ward.  Having only recently emerged from this history, some Gays rush to marriage for its value as an institution. Somewhere Foucault is having a good laugh.

Of course, marriage is generally presented as an issue of personal choice and freedom.  But such rhetoric is long on idealism and short on history.  Under patriarchy, society and law have worked to force women into marriage.  Only rhetorically is choice a factor.  What social pressure could not accomplish, legal and economic pressures often have, with marriage resistors being coerced into marriage by the state.  After all, if you need access to healthcare that you can’t afford and that neither your government nor your employer provides you as a basic dignity, then wouldn’t marriage as a form of access seem necessary?  This is reality—hardly romantic in the conventional sense.

To those resistors whom economic and social pressures could not break, the cult of romance turns full-force. The romantic has always been a serious weapon in the war to keep the dynamic of compulsion inherent in the marriage model for women hidden, in which every violation is variously deemed love, or sex, or consent, concealing the compulsion on which the system is based.  This same romantic project seems to work in essentially unaltered form in same-sex relationships.  The named plaintiff in Perry v. Schwarzenneger, Kristin Perry, testified that only marriage could give her a stable relationship.  This is quite remarkable since coupled Gay Californians already had all of the rights and responsibilities as coupled straights.  Perry also believed that only marriage could provide the vocabulary necessary to communicate her relationship with her partner to the world: “I have been in love with a woman for 10 years and I don’t have a word to tell anybody about that.”  It is unsettling that Perry believed that the inaccessibility of “marriage” as a label deprived her of the ability to name her relationship with her partner, recalling Monique Wittig’s observation on the “discourses of heterosexuality” that “prevent us from speaking unless we speak in their terms.”  Gay liberation understands that the problem with appropriating marriage is that access to marriage in its unaltered heteronormativity does not signal a coming to speech for Gay people; rather it signals a subsuming of the Gay consciousness into a thoroughly heterosexual discourse.

Few seem to be asking the question that haunts me: Is marriage good for Gay people, as a people?  After all, the legal entanglement that is marriage is still difficult to get loose from. Economic dependence (which marriage encourages) and the presence of children, coupled with legal strictures that make exit difficult, often keep bad marriages intact. This has been most alarming for women because the marital home is often violent.

But there is strong evidence suggesting that Gay relationships mirror the violence of their heterosexual counterparts.  One study indicates that nearly a quarter of cohabiting Gay men say they were raped and/or physically battered by a spouse or cohabiting partner at some time in their lives, compared to around 7% of men cohabiting with opposite-sex partners.  We know that these numbers are likely the result of underreporting.  In the face of this heartbreaking (and bone-breaking) reality, do we really want to make our relationships harder to get out of than we need to?

And the anti-communitarian nature of marriage puts Gays at risk of violence from outside of our relationships, too. Victims of violence are usually alone and cut off from systems of support. This is one reason that marriage has been so dangerous for women. It may be even more dangerous for Gays.  The respect of patriarchs for one another has generally meant some safety for women in marriage relative to the rest of the patriarchal world. Not so for Gays. Marriage, because it privatizes energies into the family unit, results in the dismantling of support systems found in the community. When Gays recognize other Gays, we often say they are “family.” The movement has abandoned this communitarian conception of family in favor of a heterosexualized, privatized, monogamous family model that is too often isolating.  I think this is dangerous.

Sadly, a very important opportunity is passing us by—the possibility of creating a new way of relating, one not based on patriarchal/heteroarchal notions of sexuality and ownership.  Maybe if we stopped resisting alternative relationship forms, call them civil unions, domestic partnerships, or what you will, some, if not many, enlightened straights would join us.  The frenzy over marriage makes me wonder, again, how effective is the straight socialization that has convinced us that we can only follow, not lead.

Thanks to Flickr user mountain_man_ny_2 for the header image.