Yesterday, at Milwaukee’s LaborFest celebration, President Obama announced a National Infrastructure Bank to direct our reinvestment in American public transportation. In doing so, Obama returned to Wisconsin, the site of a seminal campaign speech on the topic. On February 13, 2008, then-Senator Obama had first announced the Infrastructure Bank on the factory floor of the General Motors Assembly Plant in Janesville, Wisconsin as a campaign plank. The speech marked, at the time, a pivot by Obama away from the sole candidate to have opposed the Iraq War and toward positioning himself as the champion of America’s economic recovery. In this landmark speech, Obama argued for redirecting our energies away from reconstructing Iraq and toward reinvesting in America.

Much has changed since that speech in 2008. However, when it comes to the reintroduction of the Infrastructure Bank, the two most significant milestones have been the recapitalization and re-regulation of the financial sector and the success of the tax provisions within the stimulus act. Obama’s LaborFest proposal builds upon both of these successes. 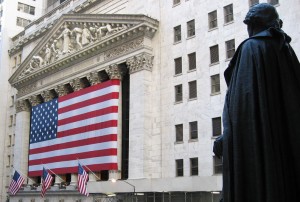 Since the Iraq War large amounts of money have filled up private equity funds seeking access to productive investment in US public infrastructure. The proponents of using this money to fund our infrastructure argue that, in a time of scarce resources, it can allow us to pay for much needed projects. After all, in 2009 the American Society of Civil Engineers awarded the country a grade of ‘D’ on its infrastructure and called for over $2 trillion in investment. The broken levees of New Orleans, collapsed bridge in Minnesota and power outages in the Northeast are reminders of the real costs of degraded infrastructure.

Pension funds, sovereign wealth funds, our TARP banks, insurers and hedge funds all thirst for access to US infrastructure opportunities – they now mainly just sit on the sidelines. To date, blocked from fresh new projects, some of these investors have sought out already built ones to purchase – parking meter systems, toll roads, buildings, and other public assets. Many of these deals have not been structured in an acceptable way.

However, the Infrastructure Bank opens up the possibility of using this equity capital to solve our infrastructure needs. Many estimate, including President Obama on the campaign trail, that roughly $60 billion of government investment can generate a total of almost $450 billion into our public works. Our recent experience with private investment abuse in key sectors such as student loans and housing illustrates the risks that must be addressed in order to shepherd this capital into our public works. At the same time, unlike President George Bush, President Obama’s TARP program aimed to recapitalize financial institutions in order to productively invest in the American economy. The aim of an Infrastructure Bank is to move this capital productively into the economy in a durable way that also addresses real risks.

The recapitalization of our financial institutions and their subsequent re-regulation has made it possible for us to being to think about how they can now serve as agents in our recovery at the scale needed. Furthermore, the stimulus act created a range of leveraged vehicles – Build America Bonds, Clean Energy bonds and guarantees, a Broadband program – that successfully began to move this class of investors into our public works.

We are in dire need of an Infrastructure Bank that can select projects on the merits and find ways of funding them. For this to happen effectively, it is now essential to shift our public discussions of TARP banks and other investors to include not only their culpability and responsibility for our economic mess, but also to the appropriate way of catalyzing their investments into vital public infrastructure.

Read more from Likosky on his Huffington Post blog.

About the Author: Michael Likosky

Michael Likosky is author of the book Obama's Bank (2010) and is a Fellow at NYU's Institute for Public Knowledge and the Center for State Innovation. He is an expert to the United Nations Conference on Trade and Development, a ...