Climate Equity: A Lost Cause? 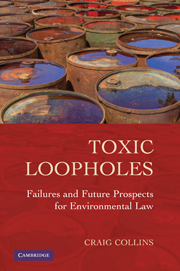 Last week, Bolivian President Evo Morales hosted a four-day summit on climate change – the World People’s Conference on Climate Change and the Rights of Mother Earth.  Attracting more than 35,000 delegates from social movements and organizations from 140 countries, this alternative summit gathered indigenous groups, scientists, activists and delegations from lower income countries – a sharp contrast from the diplomatic representatives of December’s Copenhagen Accord.

Craig Collins, author of Toxic Loopholes: Failures and Future Prospects for Environmental Law, weighs in on the mission, message, and political expediency of the Bolivian Accord.

The message delivered by the poor nations and climate activists gathered in Bolivia this week is undeniably just: The world desperately needs an effective climate agreement.  Rich countries are primarily responsible for causing this problem and have reaped most of benefits of two centuries of fossil-fueled industrialization.  Therefore, they must bear most of the costs of responding to climate change and overcoming the world’s addiction to fossil fuels. Only the callous or ethically challenged would dispute this position on moral grounds.

But even though the South’s case for climate justice is ethically sound, it may be politically doomed.  Power, not morality, is the currency of international politics.  In the corridors of power, the moral high ground is nearly worthless without real leverage to back it up.  And, when it comes to climate change, the South has very little leverage to wrest justice from the North.

Twenty years ago, the South’s successful hold-out strategy compelled wealthy nations to assume responsibility for protecting the ozone layer by phasing out CFCs and funding the South’s adoption of ozone-friendly alternatives.  But, even though the South’s participation is as essential to the success of climate negotiations as it was to protecting the ozone layer, the threat of boycotting inequitable climate negotiations is no longer an effective strategy for winning climate justice.

Unlike ozone negotiations, the hold-out strategy is not credible because the South will suffer more from climate change than the North.  Back in 1990, the North was more desperate for an ozone agreement than the South.  They needed to protect their lighter skinned, cancer-prone populations from the UV rays bombarding them through the ozone holes spreading out from the poles.  This situation gave the South bargaining power because they were less threatened by ozone depletion than the North and needed CFCs to preserve food through refrigeration.  Thus, the South’s threat to boycott negotiations, unless the North helped defray the cost of adopting CFC alternatives, was credible and potent.

For climate negotiations, the situation is reversed.  Poor countries already suffer more from climate change than wealthy counties and have less capacity to adapt.  Thus, the South needs to halt climate chaos even more than the North.  Even though this strengthens their ethical case, it severely undermines the credibility of their threat to walk out on any agreement that doesn’t meet their equity demands.  Even the European countries that are more enthusiastic about cutting their carbon emissions than the United States are not convinced that they’ll need to make any significant equity concessions to garner Southern participation.

Finally, compared to the assistance needed to help the South replace CFCs, the price tag for any major effort to fund the South’s transition to a carbon-free energy infrastructure would be astronomical.  Wealthy countries are hard-pressed to finance alternative energy development within their own borders.  Foreign assistance to promote these efforts abroad will face monumental resistance, fomented and financed by the fossil fuel industry.

Once again a comparison with ozone negotiations is instructive.  Because major CFC producers like DuPont were also the inventors of CFC replacements, they became downright enthusiastic about an ozone fund to help poor nations adopt these alternatives.  But for climate change the economic calculus is reversed.  The North’s powerful fossil fuel lobby steadfastly opposes funding carbon-free alternatives because carboniferous energy is far more profitable (and heavily subsidized) than wind and solar and any fund designed to help the South adopt carbon-free alternatives could undermine the industry’s hegemony over the global energy market.

Therefore, unless the North becomes: 1) unified around the urgency of preventing climate disruption; 2) convinced that it must make significant equity concessions to garner Southern participation; and 3) willing to absorb the costs of assisting their transition to carbon-free development, the South will remain in a weak bargaining position, despite the strong ethical argument behind their equity demands.  This means the South may have to settle for considerably less equity compensation than justice would demand in an ideal world.