Bowery Poetry Club & Cafe Book Launch for the Cambridge Companion to the Literature of New York!

The idea of New York looms large over the landscape of American literature – a towering metropolis, a symbol of transience and mobility, of culture, of urbanism, and of change.  From Harlem to the East Village, Times Square to Brooklyn, New York neighborhoods are defined by the different eras, enclaves, genres, and ideas that mark the literary and cultural history of the city.

On Sunday, May 2, mark your calendars and save the date for the book launch of the Cambridge Companion to the Literature of New York.  Editors Cyrus Patell and Bryan Waterman will be in attendance along with some of our favorite local contributors to commemorate the publication of the first large-scale consideration of New York’s legacy of literature.  Please join us at the Bowery Poetry Club and Cafe for an evening exploring and celebrating writers in the city and portrayals of New York across more than two centuries of diverse writing and performance.

And now, without further ado, I give you two more contributor profiles from Editors Cyrus Patell and Bryan Waterman, featured on Patell and Waterman’s History of New York.  Meet Elizabeth (Betsy) Bradley (author of “Dutch New York from Irving to Wharton”) and Melissa Bradshaw (author of “Performing Greenwich Village Bohemianism”). 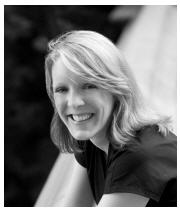 Elizabeth (Betsy) is Assistant Director for Public Programs and Lifelong Learning at the New York Public Library, where she has also served as deputy director for the Dorothy and Lewis Cullman Center for Scholars and Writers. She holds a doctorate in English from New York University and a bachelor’s from Harvard. Betsy is the city’s reigning expert on the life, work, and influence of Washington Irving: she is the author of Knickerbocker: The Myth behind New York and the editor of the Penguin Classics edition of Washington Irving’s A History of New York. Her writing and reviews have appeared in several publications, including BookForum. (Click here for BookForum’s review of Knickerbocker.)

In Knickerbocker, Bradley traces the life and after-life of Washington Irving’s fictional historian Diedrich Knickerbocker. To Irving’s “great amazement,” Bradley writes, “Knickerbocker outlasted the History’s first print run, and its numerous printings after that as well. In fact, the ornery, insular Dutch bard became an instant icon for New Yorkers, who used him by their own means but always, finally, to the same end: to signal the city’s myopic sense of destiny and difference.” The book is elegantly written and full of delightful anecdotes. Philip Lopate calls the book “a delightful contribution to urban studies,” adding that “Bradley knows her facts and shrewdly and convincingly interprets them.” 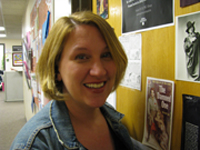 Melissa is Assistant Professor of Women’s and Gender Studies at DePaul University. A leading expert on the poetry of Amy Lowell, she is co-editor of Selected Poems of Amy Lowell and Amy Lowell, American Modern, a volume of criticism on her work, as well as the author of Amy Lowell: Diva Poet, forthcoming from Ashgate.

Bradshaw writes: “I write about the iconic woman—the diva—as a powerful and dangerous figure of feminine gendering in a culture of celebrity, that for all its token celebration of some women, remains profoundly sexist. Scholars have seen the diva as a queer figure because she rejects heteronormative femininity in favor of public fame and devotion to her art. My interest in the diva began with my doctoral training in literary modernism, and has grown into a multivalent, interdisciplinary approach to female celebrity, one that is increasingly wary of the sacrifices and indignities required of public women.” She pursues this line of thinking in a recent Camera Obscura article, “Devouring the Diva: Martyrdom as Feminist Backlash in The Rose,” which explores the 1979 film The Rose and its spectacular reimagining of Janis Joplin’s death.

Check out their excerpts and read more at A History of New York. . .

Betsy appeared on the Leonard Lopate show last January after the publication of her edition of A History of New York. You can listen to her here…