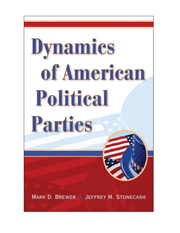 With tax season and budget cuts raining down on us, Jeffrey M. Stonecash takes a closer look at how New York state ended up drowning in debt in an op-ed for this weekend’s New York Times.

Overspending Is a Bipartisan Affliction

New York has some of the highest state and local taxes in the country, as well as high (and rising) debt from years of borrowing. Why? Because both political parties have electoral bases that support spending.

For most of the 20th century, Democrats were out of power in the Legislature. But beginning with victories after Watergate in 1974, they began building a majority in the Assembly, drawing votes from people in New York City and upstate urban areas. That base wanted spending on Medicaid, social service programs and schools. Gradually, Democrats appealed to suburban voters who also wanted more school aid.

Until last year, the Senate had been held for decades by the Republicans, who win more seats in suburban districts that are generally more affluent. They might have been a voice for fiscal restraint — if it were not for the fact that Republican Party enrollment in the state has been steadily sliding, from 50 percent of voters in 1957 to only 25 percent today. Senate Republicans have fought to preserve what votes they have by delivering more school aid for the suburbs.

About the Author: Jeffrey M. Stonecash

Jeffrey Stonecash is Maxwell Professor of Political Science at Syracuse University and an author of three Cambridge books: Reassessing the Incumbency Effect (2008), View the Author profile >