The Lunokhod 2 was a Russian Rover that landed on the moon in 1973, and to this day holds the record for the longest distance of surface travel on the moon. It was intended to survey sites for later manned landings and lunar bases; in June of 1973, the mission was declared completed. Many speculated that this was due to mechanical failure and the Lunokhod was never recovered from the moon.

Fast forward to 1993. Richard Garriott (a.k.a. Lord British) purchases “ownership” of the Lunokhod landers for $68,500 from the Lavochkin Association, a Russian aerospace company. Even though the landers were still on the moon. 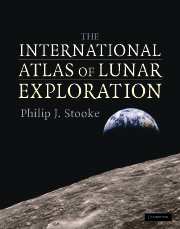 Now this is where it gets cool. Fast forward to this past Wednesday. 2010 – 37 years after the Lunokhod mission, Cambridge author and astronomer Phil Stooke found it neatly tucked in a crater. From CTV/Canada a.m. : “By comparing the newly released images from NASA’s Lunar Reconnaissance Orbiter with pictures from his own recently published reference book on moon geography, The International Atlas of Lunar Exploration, he was able to find the tracks the old Soviet rover left in the moon dust.”

Check out the interview here on CTV… On the moon, “there are no waves or wind on the moon to wash or blow them away, like footprints on a beach. They could be there for millions of years.”

And to the Vancouver Sun for nicknaming Stooke a “lunar sleuth.” Intrepid, exotic, outstanding. I may have to find a new career…

A Canadian astronomer has found a long-lost piece of the former Soviet space program, still sitting on the surface of the moon where it was left nearly four decades ago.

Phil Stooke, a professor of geography and astronomy at the University of Western Ontario, has succeeded in pinpointing the exact location of the remotely controlled rover Lunokhod 2, which landed on the moon in January 1973.

Stooke spent hours poring over photos of the lunar surface and NASA data files to locate the now-lifeless rover in the small crater where it finally came to rest.

By comparing the newly released images from NASA’s Lunar Reconnaissance Orbiter with pictures from his own recently published reference book on moon geography, The International Atlas of Lunar Exploration, he was able to find the tracks the old Soviet rover left in the moon dust.

“The tracks were visible at once,” Stooke told CTV’s Canada AM. “The real secret to this was having these new images. The new images are fantastic: they’re the most detailed pictures we’ve ever had of the moon.”

The general location of the Lunokhod was already known, but no telescopes on Earth were powerful enough to see exactly where it finally shut down.

But Stooke said the new NASA photos were so detailed that he was able to see even the relatively tiny rover.

“We can also see where it drove into a small crater and accidentally covered its heat radiator with soil as it struggled to get out again. That ultimately caused it to overheat and stop working,” he said. “And the rover itself shows up as a dark spot right where it stopped.”

The Soviet Union landed Lunokhod 2 on the moon one month after the last American moonwalk. It was the second of two solar-powered robotic rovers the Soviets sent to the moon.

The Lunokhod rovers were the first remote-controlled vehicles to travel on an extraterrestrial body and still hold the record for longest rover trip at 35 kilometres.

“It drove a little over 35 kilometres (and) that’s the record for any remotely controlled rover anywhere in the Solar System.”

Lunokhod 2’s mission was to collect images from the moon, observe X-rays from the sun, study the moon’s soil and measure its magnetic fields.

Although Stooke spent years searching for the lost rover, he is unlikely to get salvage rights to the expensive piece of hardware. The Russians sold Lunokhod 2 – delivery not included – to an American millionaire in the 1990s.