Are Katie Couric and Diane Sawyer Perched on a Glass Cliff?

These are important milestones for women, to be sure. But these significant milestones for women come at a perilous time in the history of television, when network news is viewed as an ailing franchise. The growth and proliferation of cable television programming and the ever-intensifying competition from the Internet have resulted in diminishing viewership of the major network evening news, once respected as the go-to source for dependable news. 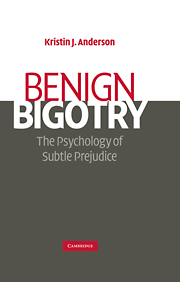 Given the current state of television news, that two of the three networks have women at the helm would have been much bigger news ten years ago than it is today. That Couric and Sawyer are in these still important positions reminds me of a curious phenomenon in organizational management: the glass cliff.

Readers are no doubt familiar with the glass ceiling—the invisible but real barrier that prevents women (and people of color) from advancing to high pay high prestige positions in organizations. As the metaphor goes, women can see their way up to higher and better positions but they just cannot seem to get there. And readers may have heard of the glass elevator—invisible but real advantages that allow white men to accelerate through organizational ranks.

What explains the existence of the glass ceiling and glass elevator? Organizational and social psychologists attribute these sorts of barriers to subtle and not-so-subtle forms of discrimination. Dozens of studies support the existence of glass ceilings and glass elevators. A more recent coinage, the glass cliff, describes an increasing phenomenon in which women are appointed to leadership positions in organizations during times of crisis or organizational peril, when the risk of failure for any leader is great. In contrast, men are more likely to be appointed to high-level positions during times of organizational success and stability.

Psychologist Michelle Ryan, and her colleague Alexander Haslam at the University of Exeter in the U.K., have found that among top 100 companies in the U.K. men tend to be appointed to board positions in a variety of contexts, during times of crisis or times of stability. In contrast, women typically are appointed after a company has experienced months of consistently poor performance. The glass cliff phenomenon occurs in politics as well. One investigation found that women who were nominated as candidates of their party were selected to compete in seats that were less winnable, in the sense that they were held by an opposition candidate with a significantly larger majority (26%), than the races for which men ran (12%). So women candidates received far fewer votes than men—but not because they were worse politicians but rather because of the nature of the challenges to they faced.

Ryan and Haslam have reproduced these real-life patterns in experimental studies in which the researchers are able to control for candidates’ qualifications and the nature and quality of the organization. One experiment, for example, asked law students to select a lawyer from a pool of candidates to take responsibility for a high profile legal case. Law students were more likely to select a woman to lead the case when the case was mired in negative publicity, whereas men were chosen to lead the case if the case was proceeding smoothly. Even when high school students were asked to choose a youth representative for a local music festival, they were more likely to pick a woman than a man if they were told the festival had experienced a steady decline over time.

Such findings have important implications for women who are hired into these perilous positions and during times of organizational crisis. Those in an organization (regardless of gender) who hold the reins through a time of crisis are more likely to be seen as poor leaders and to be blamed for being part of the problem. As women are promoted to higher positions during challenging times, this tendency to have negative regard for leaders in crises has direct injurious effects on women in leadership—as individuals, and as a category. Also, the glass cliff phenomenon can easily draw upon and reinforce gender stereotypes—that women are dispositionally unfit for leadership positions, therefore, companies erroneously believe they are better off with men in those positions.

Why are organizations and individual research participants likely to place women and not men in these high stakes risky positions? Could it be the case that people in real life and in experimental conditions actually believe that women are better at handling crises than men? Unfortunately, that explanation doesn’t square with stereotypes of women—that women are overly emotional, unstable, and unable to lead. One troubling piece of data is that women leaders are evaluated less favorably than men leaders even when they behave in exactly the same manner. One possible reason for putting women in positions with greater risk of failure is that women may be seen as more expendable and better scapegoats. If you believe that men are natural leaders, if a company fails under a man’s leadership, you would look for explanations for the failure other than the man’s gender. In contrast, if you believe that women don’t really belong in positions of authority, and if a company fails under a woman’s leadership, you might point to the leader’s gender as the explanation. Also, many people believe that men need jobs more than women do—that men are breadwinners and women only need jobs as “extra” income. While this has been untrue for decades and surely isn’t true in the present economy, some may still believe that men have more to lose than women.

Finally, a more cynical explanation is that organizational leadership might believe that putting women in high risk positions is a win-win strategy: If a woman succeeds after being placed in a difficult position, then the organization is better off; and if she fails, the woman can be blamed and the prior practice of appointing men can be justified and resurrected. At the same time, the organization can present itself as egalitarian and progressive.

Are Katie Couric and Diane Sawyer perched on a glass cliff? Ratings for all three major network news programs have dropped in the last several years. When Katie Couric took over CBS News from Dan Rather in 2006, CBS News was in third place. Now their ratings are even lower. As Sawyer takes over, ABC World News is in second place. Brian Williams at NBC seems to be comfortably in first place, which means Couric and Sawyer will compete for second place. Given the tough times for the industry, and for the three networks in particular, whatever ratings trends emerge from Couric’s and Sawyer’s leadership, it will be interesting to examine the attributions the industry and the public make of their success. Or failure.

About the Author: Kristin J. Anderson

Kristin Anderson is author of Benign Bigotry: The Psychology of Subtle Prejudice (2010). She is Associate Professor of Psychology at the University of Houston, Downtown and she blogs at Psychology Today. Her work has been publis...