A New Approach to Sports Psychology 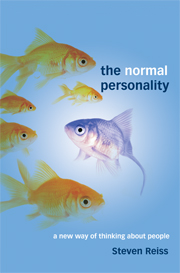 Peter Boltersdorf, a sports and business consultant in Germany, applied the 16 human needs to competitive athletics. Peter’s first consult was with the minor league professional soccer team in Mainz, which was struggling in mid-season, largely because of poor performance from a star player. Peter determined that the player had a “high need for acceptance” and further noticed that the Mainz coach constantly berated the player during games, yelling, “Kick it right! Kick it right!”

Since a player with a high need for acceptance will only be discouraged by criticism, Peter advised the coach not to yell at the player while a game was in progress. Instead, the coach should provide calm, constructive criticism after the game. The player’s performance improved dramatically and the team went on to win a division title and move up to a higher league.

When Peter told me of his consult, I gained new insights into how to apply the 16 human needs to sports. By relating each of the human needs to specific athletic tendencies, I could see that a player with a low need for honor, for example, might have a tendency to commit penalties. A player with a high need for status might perform best against a high status opponent.

About the Author: Steven Reiss

Steven Reiss is is Professor of Psychology at Ohio State University, the author of The Normal Personality: A New Way of Thinking about People (2009), and creator of The Reiss Profile. Reiss is the executive director of...