Can tech bring the country doctor to the city?

It may seem that the doctors of New York today are a far cry from the old-fashioned country doctors of mid-century Middle America. 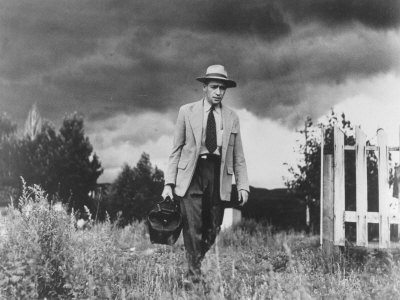 The New York Times this week has pointed out the growing popularity of “patient centered” practices in the city. These doctors make house calls, give their cell phone number to patients for after-hours consultations, and handle many patient issues without the help of a specialist. Doctors of the “patient centered” movement are redefining the doctor-patient relationship and recreating the personalized attention given by country doctors decades ago.

But how, in our age of overcrowded doctors’ offices and an overburdened healthcare system, are doctors able to give more attention to patients?

The answer, as it so often is, is technology. Doctors of the “patient centered” movement have invested thousands of dollars into the technology for online appointment setting, the possibility of virtual meetings with patients, and digital health records, allowing them to streamline administrative processes and spend more time with patients.

It’s not the first time technology has revolutionized the relationship between doctor and patient. In his new book TECHNOLOGICAL MEDICINE: The Changing World of Doctors and Patients, medical technology expert Stanley Reiser shows that technology has been dramatically changing the way doctors interact with patients since the invention of the stethoscope in 1816. 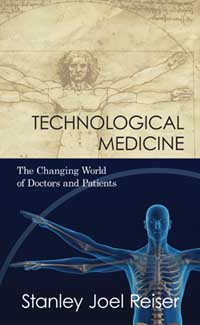 But the change hasn’t always been for the better.

This Side of the Pond caught up with Dr. Reiser to ask him about his upcoming book and the influence of the stethoscope on modern medical practice, as well as his thoughts on the technology-savvy doctors of the “patient centered” movement and the future of technology in medicine.

THIS SIDE: Your upcoming book describes the changes in patient care that have been brought about by the introduction of new technologies into medicine, beginning with the invention of the stethoscope. How did that technology change the way doctors interacted with patients?

STANLEY J. REISER: The stethoscope, introduced in 1819 by the French physician René Laennec, was the first widely used technology to diagnose illness, and introduced doctors to the concept of using technology routinely in evaluating a patient’s illness. The information the stethoscope gave doctors about the condition of the patient’s heart and lungs by listening to the sounds they made was so compelling, that doctors began to pay more attention to the sounds of the body than the words and thoughts of the patient.

TS: Have more recent technological inventions in medicine – the X-ray or ultra sound, for example – continued that trend?

The problems of health care delivery require a focus on basic matters such as why doctors use technology to excess, what is needed to strengthen the quality of the doctor/patient relationship…

The attraction to technological evidence such as given by the X-ray and ultrasound continues today to create challenges to a robust and sensitive doctor/patient relationship. Is it not a common experience today to spend 5-10 minutes with the doctor and many times that waiting for and receiving technological examinations? Images of the body produce important evidence, but there is a compelling need to link them to a thorough understanding of the context in which illness exists – the life of the patient.

TS: What do you think of the “patient centered” movement? Is it possible to improve the doctor-patient relationship by increasing the use of technology?

SR: The more focused we can become with the patient, the better. I think it’s a worthy movement. And communication technology has an important role to play in facilitating patient-centered practice. But it is an adjunct to, and cannot be the core of, any movement which seeks to know the patient more.

TS: The digitization of health records is a real hot-button issue right now. How would the creation of a nation-wide computerized health database affect the doctor-patient relationship and the state of healthcare in the US today?

SR: The health record is the principal synthetic technology of medicine. It stands alone as the technology that weaves together the patchwork quilt of medical interventions received by each patient. It thereby is highly significant. The technology of the computerized health record, which is being promoted to replace the paper record, facilitates more rapid and less erroneous transmission of the doctor’s orders and prescriptions, improves the legibility of the data it contains, improves the passage of medical data among the various health care providers seen by a patient at different times and in different places, and so forth. For all of these possible benefits the computerized health record is still a work in progress. Some studies find it will not be a great source of reducing the cost of care. And it can negatively affect the medical relationship, when doctors spend important time with patients concentrating on the computer screen and not on them. Of equal significance, the computerized health record diffused throughout our national health system is not a panacea for curing its problems. The problems of health care delivery require a focus on basic matters such as why doctors use technology to excess, what is needed to strengthen the quality of the doctor/patient relationship, how to reduce the costs of medical care without diminishing its quality. More than technologies are needed to deal with such matters, even one as promising as the computerized record, and what this more is, is what I have striven to provide in my book.

TECHNOLOGICAL MEDICINE: The Changing World of Doctors and Patients