Senator Arlen Specter, longtime Republican Pennsylvania Senator with an independent streak, has announced his intentions to seek re-election as a Democrat.

Steven Smith is the Director of the Weidenbaum Center on the Economy, Government, and Public Policy at Washington University, St. Louis. He is author of Party Influence in Congress. 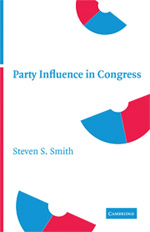 Specter’s decision will intensify interest in the outcome of the Minnesota Senate contest. Coleman and Franken will exploit the situation to raise more money for their legal battle. The governor, a Republican, will be under more pressure to avoid signing the election certificate.

Specter’s decision will regenerate questions about the ability of Republicans to appeal to moderates and independents. While Republicans already are arguing that this was an act of self-preservation, the fact is that there are fewer Republicans in the Senate who want to moderate the party’s image. Republican recovery is an additional step away.

Specter continues to face serious challenges in getting reelected. Moderate Republicans and independents are his natural constituency in Pennsylvania. Those voters will not play a large role in the Democratic primary in 2010. Unions will play a large role and Specter is opposing them on the “check card” issue.

We can expect Specter to be an unreliable vote on some key issues. He is not pro-union on the question of union elections. He has a record as a fiscal conservative. He can be unpredictable on judicial nominations. Like most senators, he will vote with his party whenever he can, but he will look for opportunities to prove that he is independent-minded.