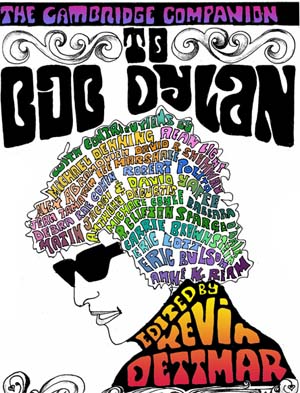 Scholars puzzle over many aspects of Bob Dylan in “The Cambridge Companion to Bob Dylan,” out next month. They take on Dylan and gender, Dylan and religion, Dylan as performer and songwriter and cultural icon. Editor Kevin Dettmar from Pomona gathered an interesting mix of contributors: Michael Denning teaches at Yale, Martin Jacobi at Clemson; Anthony DeCurtis is a contributing editor at Rolling Stone; Jonathan Lethem is a novelist and Carrie Brownstein played guitar in Sleater-Kinney.

With so much ink already spilled over Dylan (and by Dylan, who has published the autobiographical “Chronicles: Volume I”), why this collection now? The answer lies in the first essay, by David Yaffe of Syracuse University. “If you’re reading this for Rock & Roll 101, take notes but do not plagiarize,” he writes. “Leave that to Dylan (but more on that later).” It’s built for college classrooms, a primer for people who were born into a world that didn’t need to invent Bob Dylan because he was already there.