Don’t judge a college endowment by its wealth

Forcing schools to spend more of their endowments on easing tuition burdens would put nonprofits on a slippery slope. 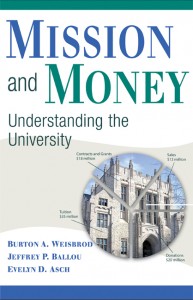 Grassley is correct that Congress has the right — and responsibility — to examine whether nonprofit schools are providing socially valuable benefits that justify their favorable tax treatment. But if, as Grassley proposes, legislation mandating larger payouts from college and university endowments becomes law, Congress would be heading down a dangerous path that could very well lead to more harm than good.

While it would be easy to mandate minimum payouts from endowments, it would be exceedingly difficult to ensure that such a mandate translates into a more affordable undergraduate degree. Why?

Mandated payouts might flow to wealthier students as “merit” aid. Indeed, the extra payout might not fund financial aid at all but rather administrators’ salaries or a new swimming pool. Preventing this would require even more federal oversight and regulation, with government stipulating how a school can spend not only its endowment payout but other revenue sources as well.

Endowment payouts are only one source of financing for universities. If schools are compelled to spend money that they prefer to save, they might seek to bolster those savings through other channels — and spend more on fundraising or even reduce financial aid.

Mandated minimum payouts might lead to creative accounting that renames assets something other than “endowment” so as to exclude them from payout regulation. Such an unintended consequence of regulation could result in overall lower payouts than exist now.

Marx is correct that endowments are a “rainy day” fund for colleges and universities, and that wealthy schools are already using their endowments to provide financial aid to their students. However, for reasons we’ll explain soon, his suggestions that mandated payouts would harm schools with “slightly smaller” endowments, and that the federal government would curtail schools’ flexibility in spending, are misleading.
Grassley’s Senate Finance Committee sent questionnaires in January to the 136 schools with endowments that exceed $500 million — including Amherst College, which has $1.7 billion. But these 136 rich schools that the senators identified are only 3% of the roughly 4,300 colleges and universities in the country. At the other end of the spectrum, 18% of all two-year and four-year schools have no endowments.

Even if Congress forces the wealthiest schools to moderate their tuitions by spending down endowments, only a small percentage of college students would benefit. Endowments are too tiny at most schools to have any significant benefits for the vast majority of students. And if tuition cuts by the rich schools put competitive pressure on less wealthy schools to cut their tuition, there would be revenue losses all around.

Both Grassley and Marx leave unanswered the most basic question they should confront: Exactly how much endowment is “excessive” and therefor large enough to be regulated or even taxed? Both are stuck in a “top 10” view of large endowments: the biggest number of dollars. Thus, Harvard ($35 billion), Yale ($23 billion) and Stanford ($17 billion) are your top three schools on the endowment hit parade.

A “large” endowment should mean not its total wealth but its adequacy for sustaining a school’s total activities and expenditures. The truly wealthy schools are not those with the most dollars in their endowments, but those with the greatest capacity to sustain their activities with the dollars they have.

And by this “rainy day” measure, the top 10 change dramatically. Little Grinnell College tops the list; it would be able to sustain its program expenditures even if confronted by a dramatic and rare 10% cut in total revenue for 191 years by spending down its endowment. This is the revenue cut that Tulane University suffered in the aftermath of Hurricane Katrina. Harvard falls to 16th, able to sustain its programs for 96 years, and Amherst leaps from No. 42 on the total endowment list to No. 7 on the sustaining activity list, with an endowment that can withstand 128 years of rainy days.

How much is too much is an appropriate question, but answering that by congressional decree is dangerous and arbitrary because it is not based on understanding the consequences.

Until there is better understanding of the true role of endowments in higher education, government-mandated payouts will not lead to greater affordability for students. There is also the danger that, having legislated how university endowments are to be spent, government will see the potential for pressing hospitals, museums, arts organizations and other nonprofit organizations to spend down their endowments — a slippery slope indeed.

About the Author: Jeffrey P. Ballou

Jeffrey Ballou is the co-author of Mission and Money: Understanding the University (2010). Ballou is an economist at Mathematica Policy Research, Inc. in Cambridge, Massachusetts. Prior to joining Mathematica, he held facul...