Searching for the Real Ithaca 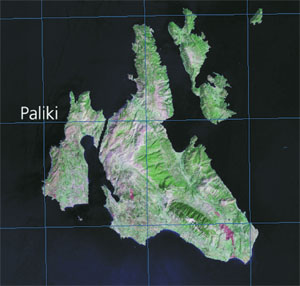 Where is the Ithaca of Homer, home to Odysseus? This has been a point of contention, since today’s Ithaki bears little resemblance to Homer’s description of the island.

Enter Robert Bittlestone. He has signed up as project sponsor for a company that specializes in seismic detection, sonograms and the like, bringing with him Professor John Underhill (Edinburgh, geology) and Professor James Diggle (Cambridge, classics). His work stresses visualization of data — what better tools to discover an island matching Homer’s description!

I can’t really do justice to the breadth of work being done on this — have a look at CNN‘s recent report: 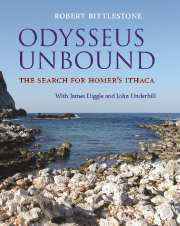 Pretty amazing. We published a book on Bittlestone, Underhill and Diggle’s leg-work not long ago: Odysseus Unbound: The Search for Homer’s Ithaca. Not only is it full of satellite imagery depicting what they argue is the real Ithaca, but their own photos of investigations around the island; ruins, signs of past inhabitants, and attempts to locate the sites of The Odyssey.

You can follow their latest findings at their project web site.