This letter comes from Evolution

Charles on the American Civil War

Darwin’s feelings on slavery were very pronounced; ever since his Beagle voyage saw witness to a great deal of slave brutality.

The Maryland slaves that he refers to were not freed, since the state had not seceded from the Union.

Check it out, after the jump!

How profoundly interesting American new is— I declare almost more so even to us than Crimean new.—Do not hate poor old England too much. Anyhow she is the mother of fine children all over the world. I declare no man could have tried to wish more sincerely for the north that I have done.— My reason tells me that perhaps it would be best,—of course best if it would end Slavery, but I cannot pump up enthusiasm. The boasting of your newspapers & of your little men, & the abuse of England, and the treatment of the free coloured population, and the not freeing Maryland slaves stops all my enthusiasm.If all the States were like New England the case would be different.— I find a man cannot hope by intention. You will think me a wretched outcast. Farewell & do not hate me much. What devils the low Irish have proved themselves in New York.If you conquer the South you will have an Ireland fastened to your tail.—

The Victorian pro-England attitude is charming in this case, New England being one of her “fine children.” 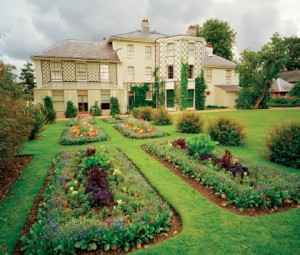 Not bad for a botanist

The current issue of The Atlantic hit my mailbox yesterday. Hurrah! Even more exciting: it has a long feature about Darwin’s home, family life, and various digs around London and Downe Village.

Ready to plan your Dar-cation?