This week — Sweden: the Colonial Power

Neil Kent’s Swedish History Smorgasboard brings us tidbits and snippets about a country that many Americans, myself included, sadly know little about. Here in New York, we have Dutch and English street names, and a flag adapted from the Netherlands’. I grew up in Pennsylvania, surrounded by the descendants of Germans and Poles. Neil Kent, author of A Concise History of Sweden informs us of some surprising colonial activity of the Swedish. They colonized “New England,” were heavily involved in the slave trade, and had their hand in the Caribbean, too. 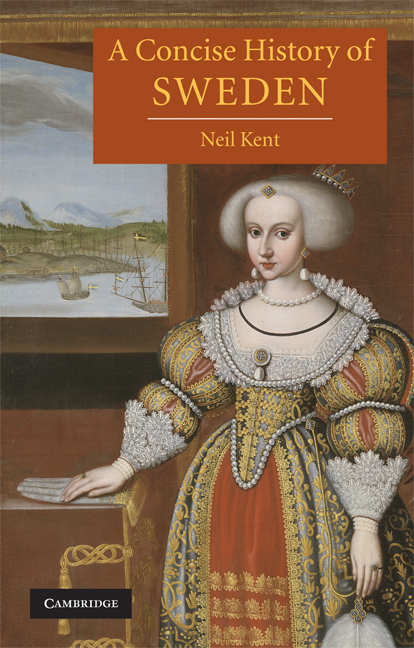 Sweden was a North American colonial power until the late nineteenth century. In 1637, it established the colony of New Sweden, with its capital at Fort Kristina, named after Sweden’s famous queen, popularised in the world famous Greta Garbo film of the same name. Later captured by the Dutch, it was ceded to the British and was one of the original thirteen colonies which became the United States: Delaware!

Sweden also had an important colony in the Caribbean: St Bartelemy. It acquired the island from France in 1785. During the Napoleonic Wars it was a very important entrepot for ships from the warring nations, trading with one another. It languished in the nineteenth century and was ceded to France in 1878. Today it is a thriving tourist destination for the seriously rich.

Slavery was a legal institution in Sweden’s overseas colonies from the seventeenth until the nineteenth centuries. The country briefly had a fortress at Carolusburg on the west African coast from which most slaves were shipped to the Swedish colonies. Slaves in the Swedish Caribbean was finally emancipated in 1847. By contrast, today, Sweden enjoys some of the world’s most progressive laws with respect to ethnic minorities.

Meanwhile, the world’s oldest tree was recently dated in Sweden.