What’s with the Panic Over Russia?

The US sometimes just can’t get Russia. And that’s nothing new. For decades, through propaganda, pressure, and direct religious missionary work, Americans tried to persuade Russians that they could be re-made into “free” people. David Foglesong is an historian of Russia, who just testified to the US “Helsinki Commission” on Security and Cooperation in Europe about our two countries’ past friction, and why we often don’t understand each other.

Below is Dr. Foglesong’s May 8th report.

The American Mission and Today’s Russia

As a historian of American-Russian relations, I think the most useful contributions I can make to this hearing are: to highlight some of the major causes of American misperceptions of Russia in the past; show how those assumptions and expectations continue to distort perceptions of Russia today; and suggest some ways to move beyond those misunderstandings as we engage with Russia in the future. 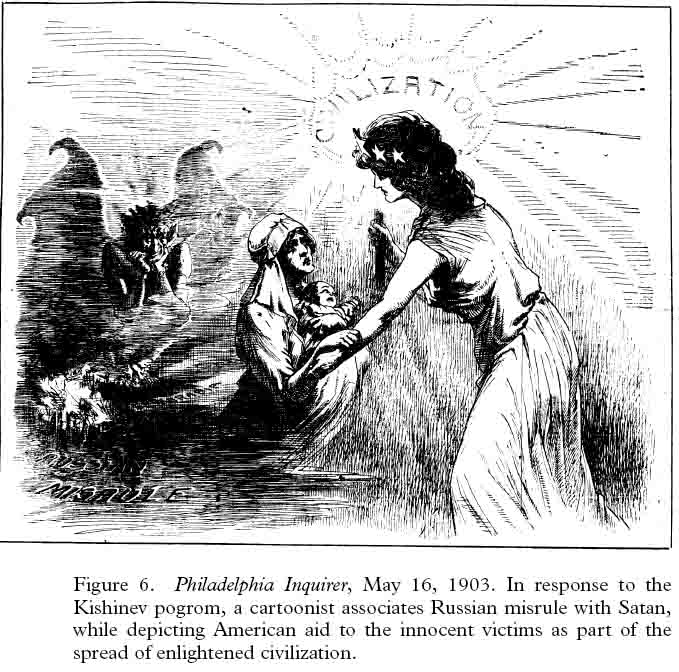 As I show in a recent book, American views of tsarist, Soviet, and post-Soviet Russia have been distorted by a number of unrealistic beliefs and unwarranted attitudes, particularly:

These ideas and emotions continue to skew American views of Russia today. Many Americans who were thrilled by the supposed transformation of Russia from communism to free-market democracy in the early 1990s have now veered to bitter hostility to Russian leaders whom they blame for obstructing the fulfillment of their dreams of a democratic Russia. Confounded by opinion polls that show that the majority of Russians vastly prefer today’s Russia to the Russia of the 1990s, Western observers assert that Russians have been hypnotized by a Kremlin-propagated “myth” or claim that they have been duped by “Kremlin propaganda.”

In reality Russians have quite rational and pragmatic reasons for saying that they would prefer to live in contemporary Russia than in the Yeltsin era. Senior citizens like to receive their pensions on time. Teachers prefer to get paid. People like to have some confidence that their life savings will not be wiped out tomorrow by some government currency reform or financial crisis.

The greatest challenge today to the Helsinki ideal of promoting fundamental freedoms in Russia is not that gullible Russians have been mystified by Kremlin spin doctors. It also is not that “DNA” or history have doomed Russians to submit to “centralized authority.” In the last three years, when pensioners, automobile drivers, and other Russians have felt that their material interests and personal rights were threatened, they have demonstrated, often effectively. Polls have shown that the overwhelming majority of Russians continue to value freedom of expression, freedom of the press, and freedom of political choice, though they tend to rank those rights as lower priorities than protection from violence, access to medical care, and receipt of pensions. Instead of being frustrated by Russians’ current priorities, we can be cautiously optimistic that as more Russians achieve a level of economic security more of them will assert their interests and demand respect for their rights.

There are severe limits to what Washington can do to promote freedoms in Russia at a time when the Kremlin has tightened control over the mass media and sharply restricted opportunities for political activity by critics of the government. Lecturing Russia about democracy provokes resentment and makes the situation more difficult. Publicly excoriating human rights violations in Russia will have little positive impact: not only top officials but also the majority of Russians dismiss State Department criticism of Russian rights violations as a product of prejudice, stereotypes, unhappiness with Russian independence, and a desire to discredit Russia.

That does not mean that we must abandon all hopes to influence the development of Russia in a positive way. It does mean that we must reconsider some deeply entrenched assumptions and shift to a more gradual and subtle approach. I can offer five specific suggestions toward that end.

(1) Be patient. There are different ways to be a missionary. One way is to go to a foreign country with little knowledge of the language or culture but much fervor and high hopes to reap rich rewards in a short period of time. Many Americans – secular reformers and financial investors as well as Christian missionaries — took that approach to Russia in the 1990s and wound up frustrated, disillusioned, and embittered. Another, wiser way to be a missionary is to make a long-term commitment, learn the language, understand the culture, cultivate connections in the foreign society, and hope to see benefits not in weeks or months but in years or decades.

(2) One of the most promising ways to pursue that patient approach is to increase funding for educational cooperation and cultural exchanges. During the Cold War scholarly exchanges were effective means of building relationships and influencing the ideas of Russian intellectuals, some of whom eventually had significant impact on changes in Soviet government policies. It is particularly important to maintain and if possible expand such contacts at a time of tensions between the American and Russian governments. In a period when some non-Orthodox religious groups in Russia have faced greater difficulties, it would be especially valuable to fund Russian-language educational initiatives that would widen understanding of minority religions and circulate the ideas of Russian intellectuals who promoted religious toleration in the past.

(3) Don’t ostracize Russia. When Russian leaders have done things that seemed morally repugnant or politically frustrating, many Americans have been inclined to excommunicate Russia. In recent months, for example, we have heard many calls to throw Russia out of the G-8. We have tried that approach before and it has not worked.

In 1911, for example, angered by haughty Russian anti-Semitism, Congress compelled the Taft administration to abrogate the U.S. commercial treaty with Russia. That gesture was emotionally satisfying for a moment. But instead of teaching the Russian government a lesson about religious toleration, it contributed to the exacerbation of religious persecution by Russians who resented what they saw as meddling and hypocritical grandstanding by Americans. Two years later a new U.S. administration begged Russia for a new commercial treaty.

Another example of the ineffectiveness of excommunication is the U.S. policy of not recognizing Soviet Russia between 1917 and 1933. That policy did not hasten the collapse of Bolshevism or lead to the compensation of companies whose assets had been nationalized. The main short-term effect was to direct more of Soviet trade to European countries.

(4) Engage Russia. In contrast to the ineffectiveness of isolation there is a positive model of genuine engagement: the policy of Ronald Reagan and George Shultz. Twenty years ago this month, Reagan flew to Moscow. Walking with Mikhail Gorbachev on Red Square, Reagan said that the Soviet Union had changed so much in the preceding years that it was no longer an “evil empire.” If Reagan had heeded the pessimists in his administration who insisted that Russia was an irredeemable enemy, he would not have gone to Geneva in 1985 or Reykjavik in 1986, much less to Moscow. Fortunately, Reagan believed that even Communists could change and he learned that genuine dialogue could encourage reform.

One of the things Reagan talked with Gorbachev about was the importance of religious freedom. The U.S. President can follow that example today by encouraging President Medvedev to speak publicly in Russia about the importance of religious freedom and the value of all Russian citizens, regardless of their religious affiliations. Although Medvedev can be expected (at least in the near term) to follow President Putin’s policies in most areas, his youth, legal training, academic background, and recent statements provide some reason to hope that he will be inclined to make more expansive affirmations of religious liberty and other human rights.

(5) Keep an open mind about Russia. Almost sixty years ago, one of America’s wisest diplomats offered advice about how to think about Russia’s future that is worth recalling today. When the Soviet regime fell or mellowed, George F. Kennan cautioned in 1951, Americans should not “hover nervously” over the new Russian leaders, “applying litmus papers daily to their political complexions to find out whether they answer to our concept of ‘democratic.’” Instead, Americans should “let them be Russians.” Kennan did not mean that Americans should shrug their shoulders and give up all hope of influencing developments in Russia. Rather, he counseled that Americans should conduct themselves in ways that would facilitate, rather than impede, the emergence of the kind of Russia they wanted to see. In addition, Kennan recognized that “the most important influence that the United States can bring to bear upon internal developments in Russia will continue to be the influence of example.”

In the wake of Abu Ghraib, Haditha, and Guantanamo, many Americans yearn for a reaffirmation of a positive sense of America’s mission in the world. An easy and familiar way to do that is to exaggerate real problems in Russia and draw a stark dividing line between Russian autocracy and American democracy. That is likely to exacerbate tensions and impede the emergence of the kind of Russia we would like to see. A more difficult but in the long term more effective way to pursue America’s mission is to reach across the gap between the two countries, broaden the dialogue, and creatively expand exchanges in order to facilitate the positive evolution of Russia.

About the Author: David Foglesong

David Foglesong is author of The American Mission and the 'Evil Empire': The Crusade for a 'Free Russia' since 1881 (2007), and is Associate Professor of History at Rutgers University....