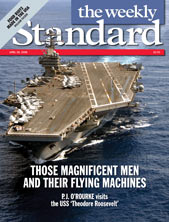 We all have reason to feel a little safer. However, who would have guessed that despite the huge increase in prison population, prisoners have reason to as well?

Bert Useem and Anne Piehl analyze the situation in The Weekly Standard.

One place has topped all of these impressive figures, yet it has received little publicity and no credit. This crime decline was quite unexpected even, indeed especially, by criminologists. The location we have in mind is U.S. prisons. Between 1973 and 2003, the homicide rate in state prisons declined a staggering 94 percent.

Read the rest of the article.

About the Author: Bert Useem

Bert Useem is the co-author of Prison State: The Challenge of Mass Incarceration (2008). Useem is Professor of Sociology at Purdue University. He previously taught sociology at University of New Mexico and was Director of the Institute for Socia...

About the Author: Anne Morrison Piehl

Anne Morrison Piehl is the co-author of Prison State: The Challenge of Mass Incarceration (2008). She is Associate Professor in the Department of Economics at Rutgers University and a research associate at the National Bureau of Economic Researc...