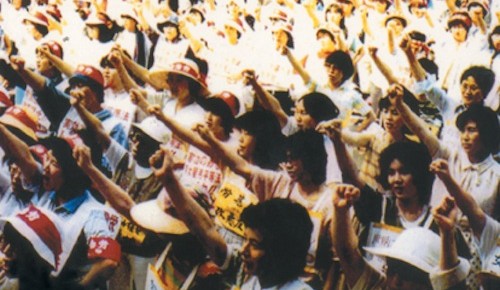 Vera Mackie, author of Feminism in Modern Japan (2003), talks to us about socialist women in early 20th century Japan, the success of modern Japanese women activists, and her reasons for wanting to write about it.

Can you tell us something about yourself, your background and what led you to write this book?

I first studied the Japanese language in high school in Melbourne and have been engaged in research in Japanese Studies and Gender Studies for over twenty years. I became involved with women’s groups in Japan when I was a student there, but also have an academic interest in gender studies.

My doctoral dissertation was on socialist women in Japan from the 1900s to the 1930s. This formed the basis of my first book, Creating Socialist Women in Japan (1997).

Even then I realized that there was a gap in the Japanese Studies literature: there was no work which provided a historical overview of women’s movements in Japan, and which treated feminist activism seriously in terms of political and social theory, history and gender studies.

We need to place women’s movements in Japan in the context of the transformations of Japanese modernity.

In the late 19th century, Japan was transformed from a feudal society to a modern, industrialized nation-state. After the Second World War, a new Constitution was drafted and Japan took its place as a liberal, capitalist democracy, allied with the United States both militarily and geopolitically.

Japan was never actually colonized by Western powers before 1945, but was subject to their unequal treaties in the late 19th century and to various forms of cultural imperialism. Japan also became a colonizing power, and many of the issues faced by Japan in the late 20th century had to do with coming to terms with this aspect of its past and with the existence of the descendants of former colonial subjects within Japan.

Feminist historians and activists in Japan have been trying to understand the gendered dimensions of this history: for example, the relationships between men and women both in Japan and in neighbouring countries in Asia.

They are trying to come to terms with economic globalization, with labour migration in East Asia, and with the relationships created through tourism and the activities of transnational corporations.

Which is the biggest success story of the Japanese women activists?

Many people would be surprised to know that the legal position of women in Japan is better than in many of the Anglophone countries. The Constitution outlaws sexual discrimination, there is an Equal Opportunity Act, there has been provision for equal pay for equal work and paid maternity leave since 1947.

More recently, there has been legislation on parenting leave, sexual harassment, and welfare provisions for the care of the aged and disabled.

Nevertheless, such legal provisions can only be effective if supported by social and institutional structures which allow women to exercise these rights. Thus, the focus of activism has shifted to social structures, community attitudes, the educational system and the critique of cultural representations.

Vera Mackie is the author of Feminism in Modern Japan (2002). She is Professor of Japanese Studies at Curtin University of Technology, Australia.